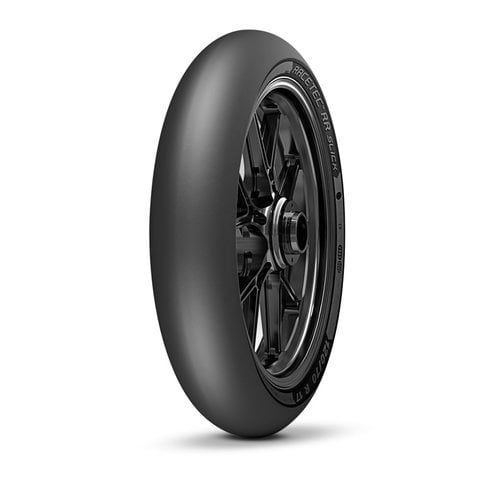 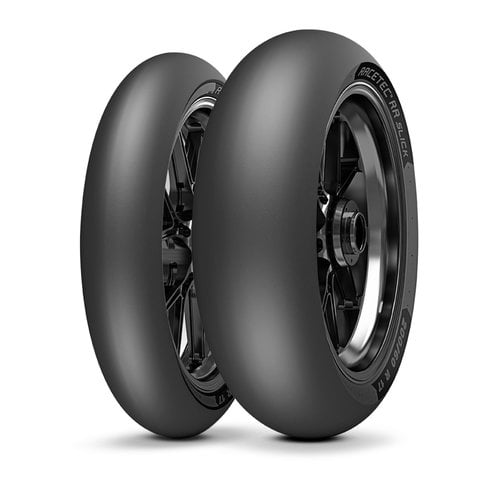 One of RACETEC™ RR SLICK's most distinctive feature is its versatility of use on a wide range of asphalts and temperatures.
For this reason, front tyre compound choice should be made depending on whether the rider prefers higher stability and precision when entering the corner (K2 version) rather than predictability and “edge grip” feeling (K1 version).
Predictability in racing tyres is the capability to alert the rider when the limit of adherence is close.
When hard-braking and leaning to turn in a corner, the racer will feel this warning in the form of a softening of the handling combined with understeering due to the slipping fore carriage.
The capability to handle such a situation is a contributing factor in making racers go faster.
The neutral characteristics of RACETEC™ RR SLICK warns the rider when limits are being approached which enables the racer to experience a higher control feeling, to chase their best lap time.